This wine comes from a very small producer in the Yarra Valley, and I wanted to like it, but alas I struggled with it.  It had a “two stage” aroma.  Initially, the aroma was of slightly unpleasant wiffy alcohol, with some acetone and crushed rock notes.  It then opened out to sour dark cherries after about 15 minutes.  The palate seemed initially a bit bitter.  It however revealed quite some length although unfortunately of the “hot” kind, and I felt the wine a bit uneven.  With time it settled to a rather neutral black cherry liqueur type flavour with some viscosity on the palate.  High acid with some sharpish edges.  It actually reminded me a bit of a young Nebbiolo or Sangiovese, albeit one without strong tannins.  This might be better with some more time, but it is not great now. 14.5% alcohol.  75 points.

Grapeobserver.com is a subscriber only independent Australian and international wine review.  Written since 2009, its purpose is to provide professional wine reviews to help inform wine consumers.  If you wish to subscribe, please click here. There is no charge for subscription and there are no advertisements. 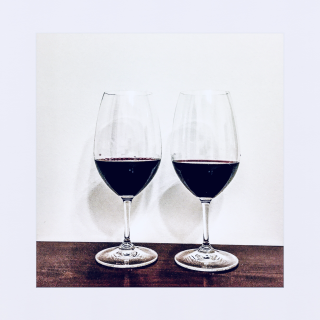 Grapeobserver.com is an independent wine journal. It is authored by Sean Mitchell. On matters of wine, Sean is a current Master of Wine student, a Wine & Spirits Education Trust (WSET) diploma holder, a certified WSET educator, a past WSET scholarship winner and has written for various other wine related publications.